On Wednesday, I saw one of my idols at The Mash House in Edinburgh. Andrea Gibson is a non-binary poet who uses the singular ‘they’ pronoun. This was the very city where I’d been introduced to their work.

It seemed to be the convention that the audience sat on the floor, so I was battling with needles and pins for much of the evening, not to mention a wet patch where someone had accidentally kicked over my wine.

But in spite of the setbacks, the gig itself was amazing. I enjoyed Gibson’s often dense wordplay and imagery, which engaged and touched us in equal measure. Many of the poems were accompanied by recorded music.

Just about everyone in the audience queued up to have merchandise signed after the gig. I didn’t, but I wanted to tell them how much their work had helped me write mine. From nowhere, I found myself ready to cry as I spoke. They seemed to be genuinely appreciative of the thought.

The support act was Suky Goodfellow. I’d heard of her before but this was the first time I’d encountered her poetry. She commanded the stage as she spoke about wealth creators and why swear words shouldn’t be rude.

If I have the opportunity to see Gibson and/or Goodfellow again, I shall definitely take it. 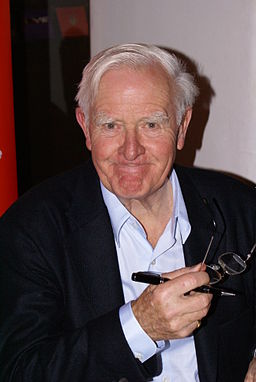 In 2014, there was a referendum on whether Scotland should be an independent country, in which 55% of the voters wanted to remain part of the UK. Over the last week, the issue has again raised its head.

At almost every literary event I attended ahead of the poll, I found the issue raised again and again in prose and poetry. Some of what I heard was heavy-handed polemic, while others crafted nuanced satires of the situation.

Regardless of quality, though, it encouraged all sorts of people to express their views through the spoken word and to believe that others might be influenced by their writings.

In my experience, much of the creative work was pro-independence. Such was the mood in the country that the National Collective sprung up, bringing together different types of artist to campaign for a Yes vote under one umbrella.

So the prose and poetry that stems from a potential second referendum will likely be even more passionate: from Yes voters who’ve been granted a second chance and from No supporters who believe the question was settled in 2014.

And further to my last entry, the 18-to-22 age group was considered to be the most apathetic generation when I first attended university in 2002. Maybe it was because we had a Labour government back then; maybe it was because George W Bush hadn’t yet invaded Iraq.

Whatever the reason, the situation today couldn’t be more different. Some of the most active campaigners are those of college age, and I barely go a week without seeing a university literary event responding to current affairs.

Let’s see what happens next.