However, I woke up to the news yesterday morning that our main meeting venue – a Wetherspoon’s pub – closed permanently on Saturday night. As such, we’ll need to find a new place; this is a problem I’ve encountered before, and I’m sure it’ll work out for the best.

For the moment, I’ll leave you with a poem I wrote on the day that Donald Trump was elected. It’s called Hell’s Marksmen.

Our satire
can fire
more shells
than Hell’s
marksmen.
And when
deployed
sweetly,
can vanquish
completely.

For those of you who haven’t read it elsewhere, I’m pleased to report that I’ve now graduated with an MLitt in Writing Practice and Study. I’ve become a jack of all words, and master of letters. 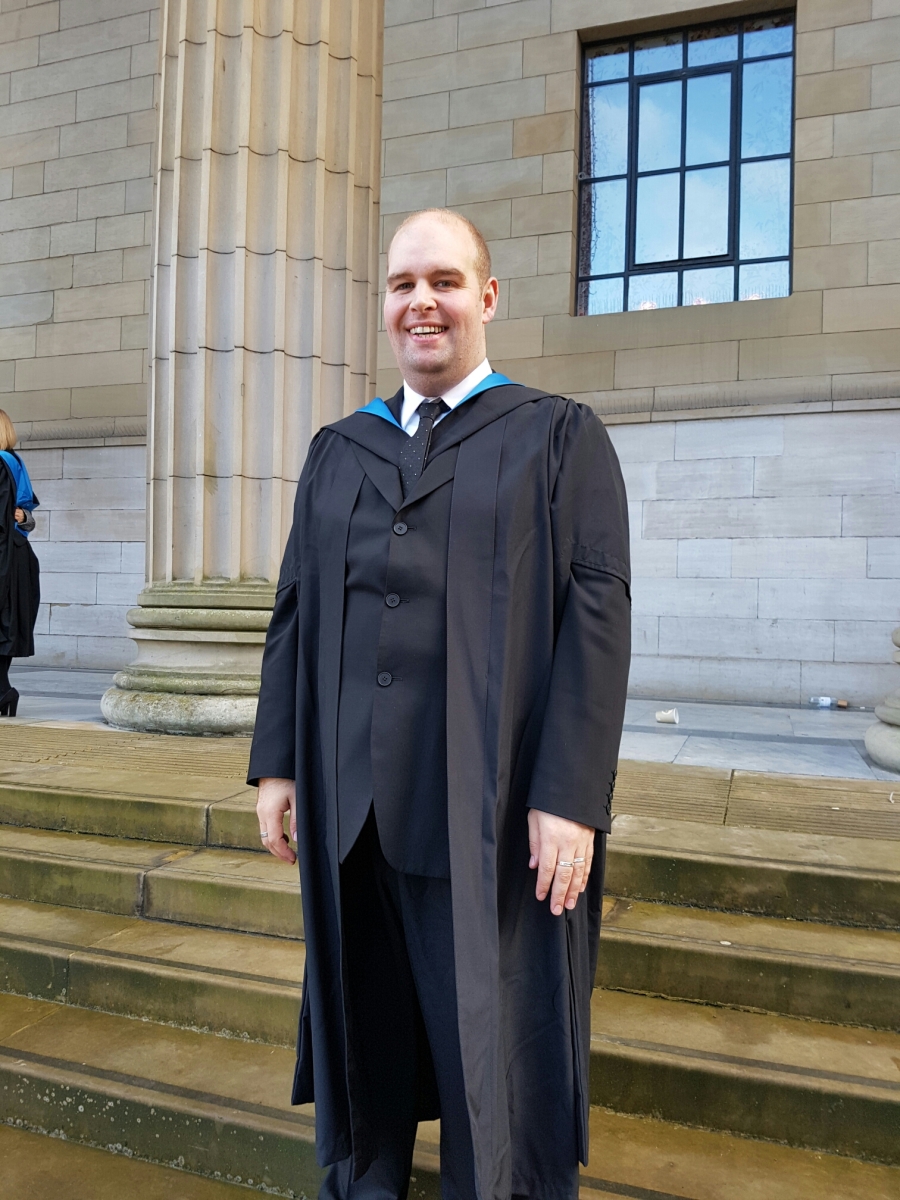 The logistics of the ceremony has left me behind with my other work, so I’m afraid it’ll be another short entry.

We’re now into the thick of National Novel Writing Month. The Dundee & Angus region alone collectively ended 11 November at well over half a million words, and the total is rising every day.

I would like to take this opportunity to plug a couple of events. You might be aware that my poem Crossing the Road has been included in the anthology Aiblins: New Scottish Political Poetry, which officially launched in Edinburgh last month. There is also to be a Glasgow launch tomorrow 15 November where I can’t be present, and an Aberdeen launch on 21 November where I’ll be performing.

For now, though, it’s back to NaNoWriMo. I didn’t know where I was going with this year’s story – in some respects, I still don’t – but I now have a character who loves to fill notebook pages with the same phrase, much like Jack Torrance in The Shining. Here’s what happened when she was turned down for an arts grant:

Every November, I take part in National Novel Writing Month – aka NaNoWriMo – which is a challenge to draft a 50,000-word novel in a month. Along with an assistant, I’m also a Municipal Liaison (ML) for the Dundee & Angus region in Scotland. We arrange regular meet-ups for members, encourage and support them, and persuade them to donate to the project.

As such, some of my other projects have to be scaled back or placed on hold. This includes submissions to publishers, reading books, and updating this blog. In fact, my current issue of Writing Magazine is still in the cellophane. However, I’m making good progress, having written more words than required every day so far; in fact, the whole region is doing a sterling job.